The Hosokawa Micron Parshe Analyzer is a Flow Particle Image Analyzer designed to measure particle size and shape of particles by means of analyzing images. The system produces precise, clear images leading to advanced measurement of particle shape, since all of the particles are in focus because of their passing through a Sheath-Flow cell. The Automatic focus-adjustment system corrects the fine deviation that can affect measurement values. As a result, no adjustment skill is required to obtain clear particle images. In addition, the internal lens is automatically selected by software depending on particle sizes. Additionally, an OPTIONAL Auto changer disperses the particles prior to starting a measurement acts as a pretreatment condition when measuring several samples. Resulting in no analysis measurement value differences between operators. 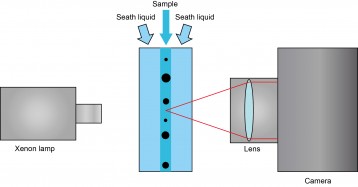 The system supplies particles consistently to Sheath-Flow cell. They are focused by a camera since the sample is directed to a certain focal position by “sandwiching” the flow of Sheath liquid. The Sheath-Flow cell is placed between a Xenon lamp and a camera. The camera takes particle images illuminated by a Xenon lamp to make shadow pictures; it produces sharp particle outlines that are precisely captured (Fig. 2).

The automatic focus-adjustment system corrects the fine deviation which would affect the measurement values so clear particle images are acquired. 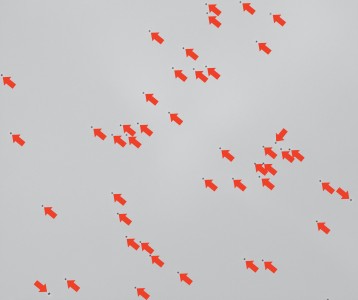 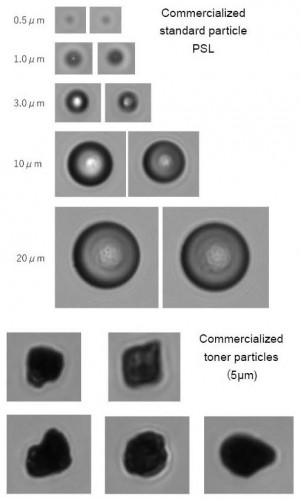 - Able to save various data values, such as Particle Size, Shape and Shape Index based on the total number of analyzed particles from saved images. (Fig. 6)

Feel free to contact us. if you have any questions or concerns.